What do bionic eyes, optical coherence tomography and artificial intelligence have in common? All are innovations that may seem like science fiction but are based in hard science and are allowing people with significant vision loss to “see” again.

that nearly 200 patients with severe retinitis pigmentosa have restored some visual perception with a bionic eye? While the technology is still in its infancy, there is a great deal of promise for developing more robust and effective bionic eyes. Read more.

Sandy England became the first person in Utah to get a bionic eye, helping her regain her vision again for the first time in 40 years. 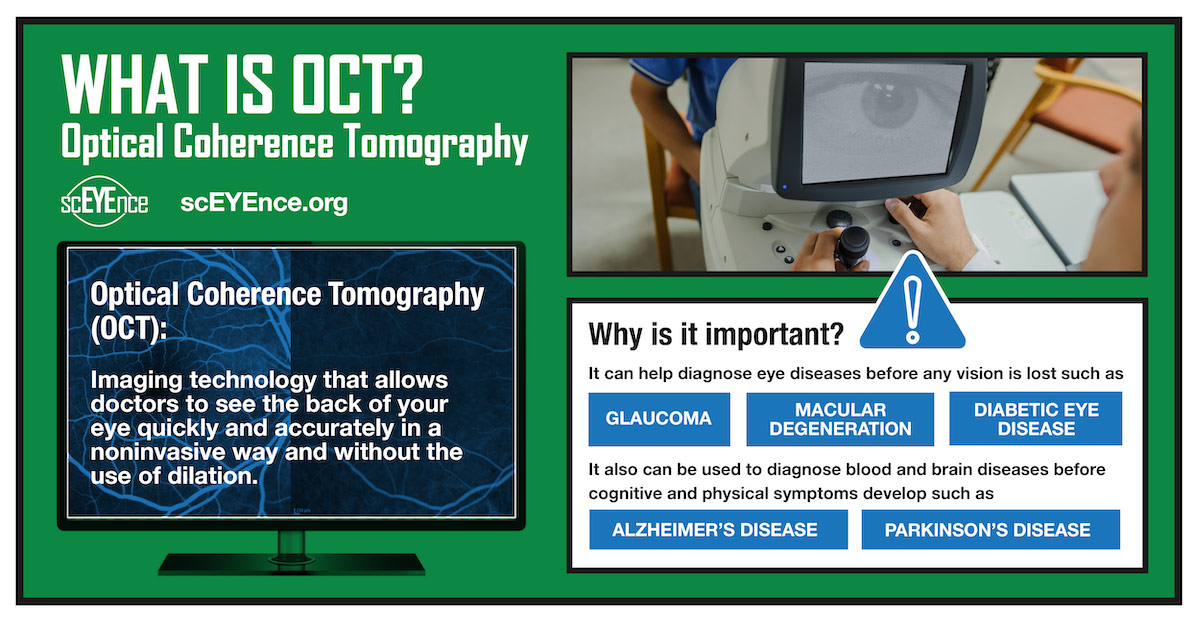 Gang Luo, PhD, at Massachusetts Eye and Ear has developed SuperVision, an app that allows people with low vision to “see” and search their surroundings. The app uses artificial intelligence to boost the functionality of traditional magnifiers and assists users in searching for information. This can greatly enhance quality of life for the millions of people with low vision.

Saqib Shaikh has been software developer at Microsoft for over 10 years. He has helped develop well-known services such as Bing, Cortana, Edge, and many mobile apps. With a passion for accessibility, Shaikh, who is blind, created Seeing AI. The Seeing AI app allows people with vision impairment to “see” the world through their smartphone cameras. By pointing their phone camera at something of interest, the app vocally describes it. The app, which is available in multiple languages, is able to recognize faces, name friends, and describe peoples’ appearances and facial expressions. It can also read typed or handwritten text. Since 2017, it has helped users complete more than 20 million tasks.

Could vitamin A help prevent blindness? Did you know... Did you know that vision loss due to diabetes (diabetic retinopathy…

Did you know... that the treatment of AMD was revolutionized in just the last 20 years with the introduction of…

Today, we’d like to share with you some of the exciting discoveries happening around glaucoma, one of the leading causes…

Today we’d like to share with you some of the important work happening around cataracts, including the relationship between cataracts…

According to one national survey people fear vision loss as much or more than losing hearing, memory, speech or a…

Today, we’d like to share with you some of the exciting biotech advances happening in vision research, including genetic technology…

We are excited to announce the launch of scEYEnce, a new media campaign that shines a spotlight on the powerful…